Found this one online and had to save it since even my tinder profile once said: “I mostly think how pandas ever survived evolution”. So this is all quoted, original source: https://imgur.com/gallery/kelJ5HV 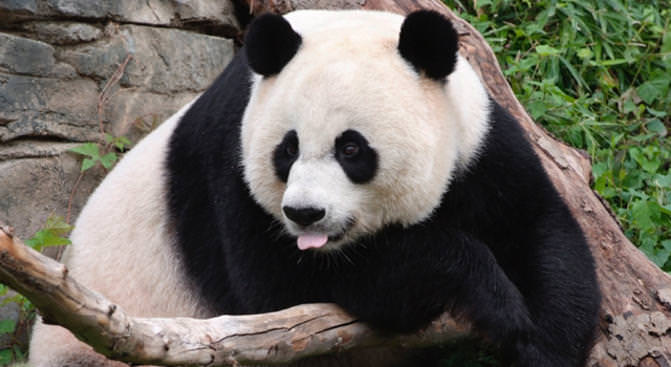 Lastly, we come to the most popular requested idiot of them all

Even though they belong to the order Carnivora, meat eaters, these fat retards choose to eat bamboo. Their stomachs are not designed to process bamboo, but do the Pandas care?

They get so little nutrients from bamboo that they need to eat up to 40 lbs of it a day, and even then they barely have the energy to do God damn anything. And thanks to the bamboo diet these asstards stick to, they’re ALWAYS SHITTING

Up to 40 times a day, Pandas can be found laying around shitting all over themselves like the homeless in San Francisco. But unlike the homeless, Pandas don’t enjoy plowing each other in broad daylight.

Most of you have probably seen all the videos of Pandas dipshitting around their enclosures in China. They roll and fall off of shit like 4 year olds while the handler chases them around trying to prevent them from killing themselves. This isn’t a rare occurrence, they do this 24/7

A group of Pandas is called an embarrassment and most people find that fitting, but I don’t think it goes far enough. Know what REALLY describes a group on Pandas?

Too long; didn't read, and that is why nothing works.